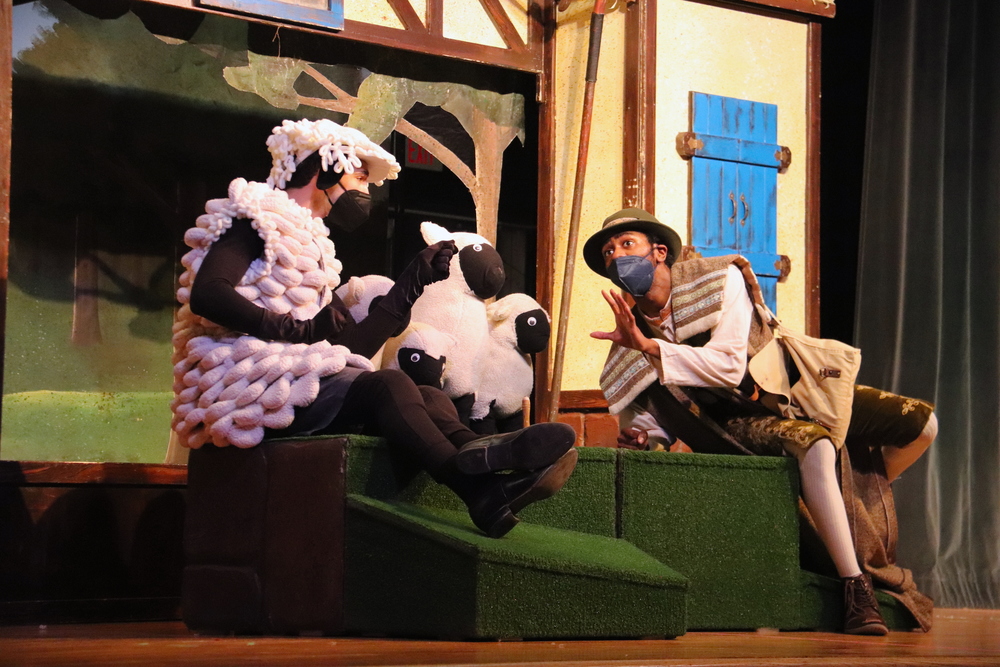 The Trumansburg first-grade class got a very special lesson just before spring break, and it wasn’t taught by their teachers. It was taught – and performed – by The Rev Theatre Co. via the classic tale of “The Boy Who Cried Wolf.”

Rev performers Jaylynn Mangual, Thomas Costello, and Shiloh Boston – all of whom have been with the Auburn-based theater company since September 2021 – spent the better part of the school day with the first-graders, both in-classroom, and on-stage. The trio started out in the classrooms. There, they did a little prep workshop with students to help set the stage for the show. As many of us know, “The Boy Who Cried Wolf” is all about lying. For Mangual, Costello, and Boston, their objective was instilling the invaluable lesson to the Trumansburg first-graders that “liars cannot be believed even when they’re telling the truth.” 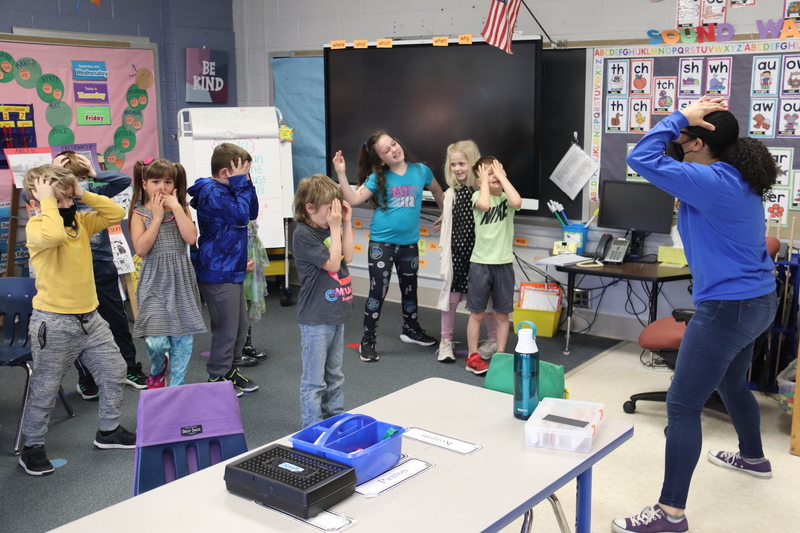 The time spent with the youngsters in the classrooms before their performance ensures the students will follow along, participate, and take something away from the show, Mangual said.

“We talk to them about fables,” Mangual explained, “about parables and the elements of those types of stories. And then we talk to them about lying, what lying is, what the truth is, and why it all matters. We listen to their opinions and thoughts and create a dialogue.”

Rev performers also recite the cues the students will need to listen out for during the show so that they can play their parts.

“At the end we talk to them about how they’ll be special guest actors in the show,” Mangual said. “So, first-graders are our townspeople. They get to play all different kinds of jobs: hunters, chefs, tailors, blacksmiths, fishermen. We teach them those parts, those songs. Throughout the performance, they have different cues to play those roles throughout the show.”

Trumansburg first graders were very engaged throughout all the Rev performers had to offer, which as Boston noted, is one of his favorite parts of the job.

“Up until this job, I was only used to performing on-stage parts,” he said. “But coming out to the schools, we have all of this in a big van. We take everything out, set it up and teach the lessons to the kids, which is a whole different thing altogether. So we’re construction workers, actors, teachers, and more – all on the same day.” 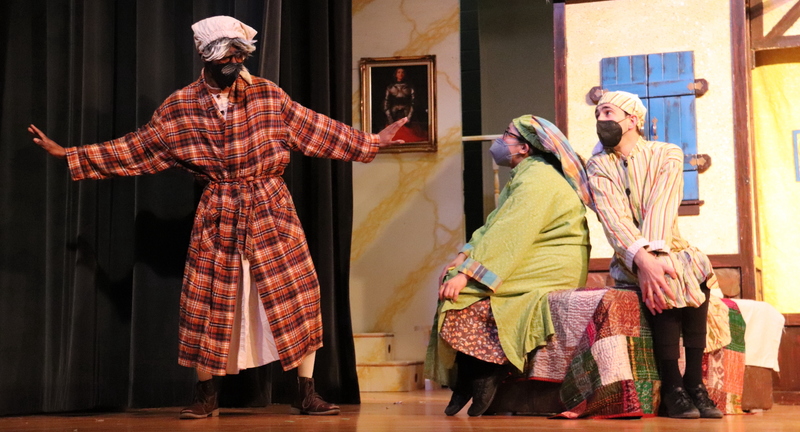 At the end of the performance, several students asked the Rev actors about how they build the set, and change costumes so quickly. Mangual said those are her favorite questions to get.

“They always ask us about the technical elements of the show,” she said. “They’ll ask ‘Well what about your set? How does that work? Who makes the costumes?’ So it’s really neat that we get to teach them not just about the parts they see, but the behind the scenes stuff that really lets all the magic happen.”

Added Costello: “I love the reaction of the kids – how into it they get. The questions they have at the end are always a lot of fun. It’s just a great way to teach important lessons and have a lot of fun in the process.”

Some students also inquired about the job itself.

“I know these guys are on the younger side,” Boston said, “but the best moments are still when they say ‘this is so cool – this is what I want to do when I’m older.’ It’s touching. Because if I hadn’t found this, I don’t know what I’d be doing.”

With COVID numbers thankfully much lower than where they were earlier this year, precautions were still taken, including the Rev actors being masked, and students sitting in the theatre every other seat. That said, the day still had a pre-pandemic feel to it, which everyone enjoyed.

“It’s awesome,” Mangual said. “The tiniest bit of normalcy is just so incredible. Just to hear these kids say ‘we’re so excited to have you back we haven’t had a show since we were xyz grade’ – it’s a joyous moment. Even if it’s in masks, socially distanced – it’s still a little taste of having live performances back in our lives.”